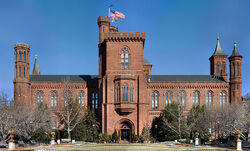 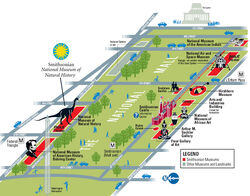 The Smithsonian Institution is a group of museums and research centers administered by the United States government. It appeared as a major setting in the film Night at the Museum: Battle of the Smithsonian.

Stub templates just show off a wiki's flaws. Instead of using a stub template, make the page better!

Retrieved from "https://natm.fandom.com/wiki/Smithsonian_Institution?oldid=5216"
Community content is available under CC-BY-SA unless otherwise noted.