Night At The Museum Wiki
Register
Don't have an account?
Sign In
Advertisement
in: Characters, Character stubs, Exhibits,
and 8 more 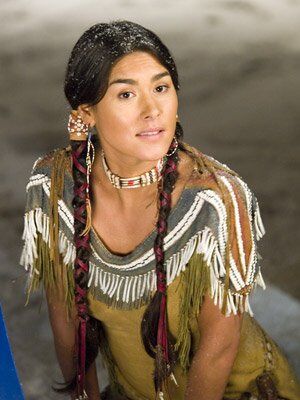 Sacagawea in Night at the Museum 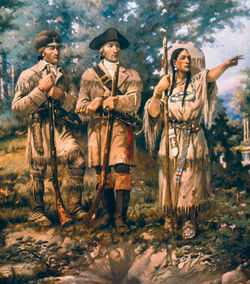 “He went east, but he lost control and crashed.”
―Sacagawea

Sacagawea was a Lemhi Shoshone woman, who accompanied the Lewis and Clark Expedition, acting as an interpreter and guide, in their exploration of the Western United States. She traveled thousands of miles from North Dakota to the Pacific Ocean between 1804 and 1806.

Sacagawea was first seen in the film Night at the Museum, her exhibit can be found in the Museum of Natural History, New York. In her exhibit she is seen along side Lewis and Clark during their expedition across America. They stand behind a sheet of thick glass which stops her from being able to hear the anything from the outside.

Rebecca Hutman, the museums receptionist, is writing a book on Sacagawea but feels like she doesn't know a lot about her. It is revealed that she is a big fan and would give anything to meet her in the flesh. Rebecca has a big crush on Sacagawea. Theodore Roosevelt (Teddy), the President of the United States, secretly stalks Sacagawea due to his strong feelings for her.

At the end of the film, Larry Daley, breaks the glass window which ran across her exhibit. Sacagawea, using her tracking skills and common sense, helps Larry and the other exhibits find Cecil Fredericks who has run off with the Tablet of Ahkmenrah. After doing this, she notices that Teddy has been sliced in half and helps him but using wax to stick him back together. Sacagawea introduces herself Rebecca and gives all the information she needs for her book.

Sacagawea, along with many of the other exhibits, is shipped to the Smithsonian Archives. She questions General Custer's idea to shout "attack" before attacking, as this will alert the enemy. She is seen in the background in the Battle of the Smithsonian. At the end of the movie, she is shipped back to the Museum of Natural History. Overall, her part in the film is minor.

Sacagawea and her friends on the poster

This character article is a stub. You can help Night at the Museum Wiki by expanding it.
Community content is available under CC-BY-SA unless otherwise noted.
Advertisement